Showing posts from October, 2015
Show all

Since coming home to the new place 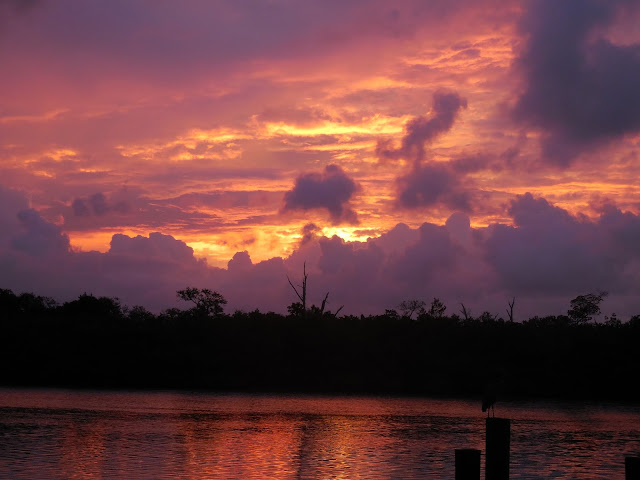 October 24, 2015 -- So much has changed for us since June 6, when I wrote "Finding the Unexpected" in this blog.  We sold our house on Old Banyan Way on July 3, and moved into the house on Coconut drive during the first five days of July.  On July 5, we left for Paris. When we returned from Paris on September 27, it was well after nightfall.  We could not see much of our "new" house until the next morning.  And oh what a glorious morning it was.  The sunrise was dramatic.  Most of the windows in our house face the sunrise. The six-hour time difference between Paris and Sanibel made it easy for us to rise in time for the show.  What a show it was! Sunrise on Dinkins Bayou on September 28. In the four weeks since then, we've been plugging away at working on the house, and having work done to the house.  Yesterday, the pool cage had 25 sections of screen as well as 48 bolts replaced. This work was miraculously completed just as the weather changed from su
Post a Comment
Read more
More posts