Showing posts from June, 2016
Show all

What it means to be green 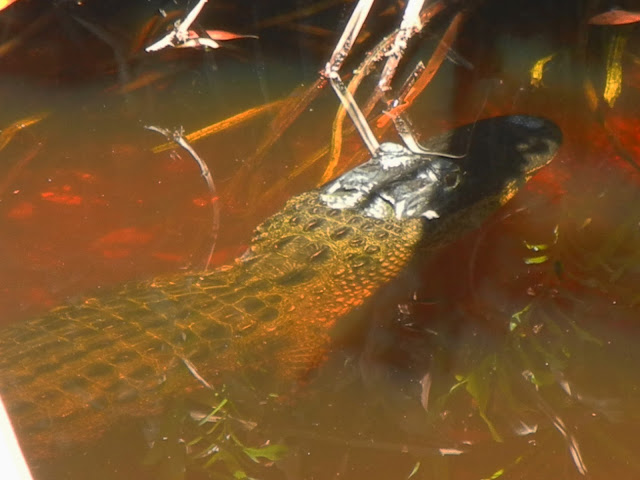 June 24, 2016 -- The Grand Floridian Resort is, surprisingly, a member of Florida's Green Lodging Program, in spite of the fact that the resort has created an environmental no-no on its property: fake beach on the lagoon that I blogged about on June 16 . A Florida alligator.  The red-brown stain in this water is from natural tannins in native vegetation. According to the Green Lodging Program's web site, "The Florida Green Lodging Program is a voluntary initiative of the Florida Department of Environmental Protection (DEP) that designates and recognizes lodging facilities that make a commitment to conserve and protect Florida’s natural resources. The program’s environmental guidelines allow the hospitality industry to evaluate its operations, set goals and take specific actions to continuously improve environmental performance." I wrote to the Florida DEP's ombudsman office to suggest that one of the program's environmental guidelines should be t
1 comment
Read more 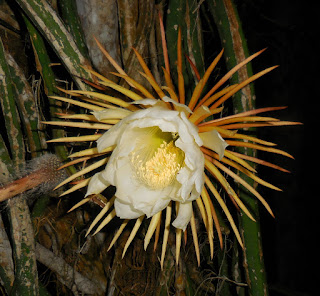 June 21, 2016 -- "One year ago," Pastor John said on Sunday, "during the sermon I read the list of names of the victims of the shooting in Charleston."  This time, in the aftermath of the massacre in Orlando, he wanted help.  He had asked Paul and me to share the reading of the names during a prayer after the sermon. I thanked him for the opportunity to do something to help the families of the victims. Lifting their loved ones' names up in prayer was something we could do. After researching and practicing the pronunciation of the names given to me to read on Saturday, I was ready.  I speak French, not Spanish, but I tried. I wanted to give the respect of saying these young people's names correctly. That was Sunday.  The next day was Monday, yesterday, the longest day of the year.  The full moon rose in the sky.  Monday evening was also the time that most of our night-blooming cereus bloomed.  These glorious, strange blossoms burst out exuberantly jus
Post a Comment
Read more 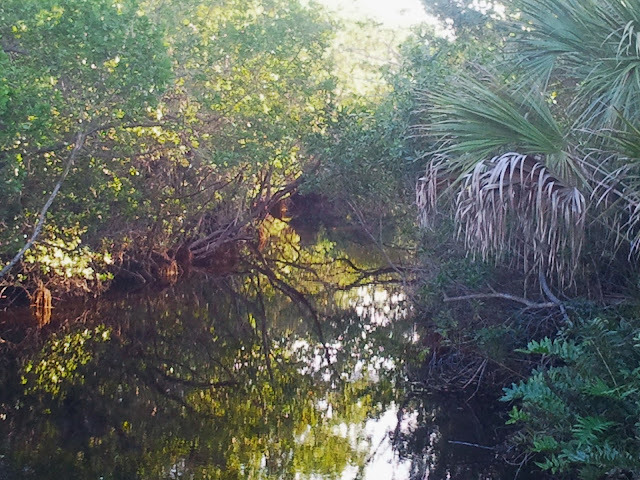 Florida lagoons, ponds, and lakes should be surrounded by native vegetation. June 16, 2016 -- I used to write newspaper articles about alligators on Sanibel Island.  More specifically, I wrote about incidents involving alligators, as recorded in police reports.  My goal was to explain that complaining to the police about an alligator's presence was a death sentence to the alligator, especially if it is over 6 feet long.  Those reported alligators are killed; the smaller ones are relocated.  I stopped writing those articles when I began to suspect that they were reminding some people that they could get rid of any alligator by simply calling the police. Alligator eating a bowfin fish behind our former home. Indeed, alligators who show no fear of humans are dangerous.  But most alligators are not dangerous to humans, because they fear and avoid them.  What makes alligators lose that fear?  People who feed alligators, that's what.  Almost all alligators who have attacked
3 comments
Read more
More posts