Showing posts from July, 2020
Show all

By and large, what fuels our local government, the City of Sanibel, is income from property tax.  Where does most of this revenue come from?  Residential or commercial property? According to the Lee County Property Appraiser’s 2020 Preliminary Tax Roll Totals for Sanibel , the island has about $4.87 billion in taxable residential property out of a total of $5.36 billion in taxable real estate.   By and large, it is the residential property owners, not commercial property owners, who fund the City. In addition to property tax income, the City of Sanibel has some other revenue streams, such as charges for services like planning department permits and solid waste tipping fees.   Much of these are services for residential property dwellers. By definition, those who vote in Sanibel elections are Sanibel residents. Sanibel residents should rule when it comes to making decisions about how this island is governed and developed.   Do they?   Do elected and appointed official
Post a Comment
Read more

How to Save Lives and the Economy 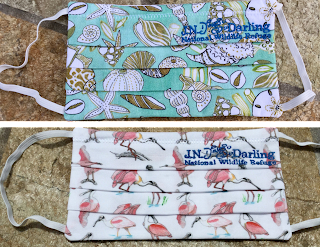 How economically valuable is a face mask mandate in terms of reducing the need for broad lockdowns with their well-documented negative effects on GDP (Gross Domestic Product)?  That was one of three questions that the people at Goldman Sachs recently answered, using their analytical tools. [1]   You can read the nitty gritty details of how they conducted their analysis in their recent publication on the subject, but here is the bottom line from Goldman Sachs: “Thus, the upshot of our analysis is that a national face mask mandate could potentially substitute for renewed lockdowns that would otherwise subtract nearly 5% from the GDP.”   How serious is a 5% drop in the GDP?   That’s about how much the GDP fell in the first quarter of 2020 – the worst quarterly decline since 2008, during a deep recession.   Our economy cannot sustain continued declines such as this. A wide variety of masks are for sale at  shopdingdarling.com where 100% of the profits directly supports the conse
Post a Comment
Read more

They fought for a cause 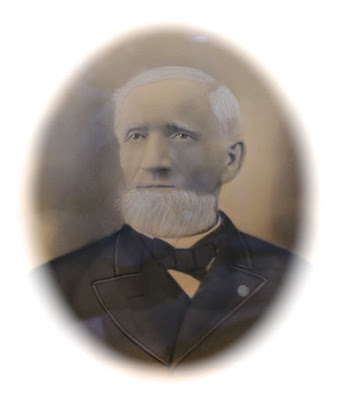 This past Spring, I had the honor and pleasure of getting to know my great-great-grandfather, William McAdams, as I studied and transcribed letters that he wrote while in the Union Army during the Civil War. I frequently wonder what he’d think of things the way they are now:   how much farming has changed since his days, how big our cities have become, how quickly and easily we travel.   Except for his 3 and a half years in the Army, he stayed at home or nearby.   Home was a busy, multifaceted, yet simple farm on the prairie of central Illinois, near a town called Kansas.   William McAdams, Sr. I know that he would be perplexed, to say the least, to know that monuments to Confederate officers stand in places of honor in many public squares, and that schools and military bases are named for Confederate generals.   Throughout his letters, he referred to the enemy as “rebels,” “Secessionists,” and “Secesh.”   He considered them to be treasonous traitors. He and several
Post a Comment
Read more 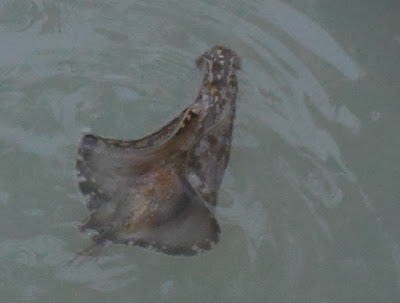 On Mother’s Day in 2016, we saw some marvelous things.  There were several of them, these strange little creatures, moving about gracefully and silently in the water beneath and around our dock.  My husband and I had never seen anything quite like them.  We’d only been living on Dinkins Bayou for about a year, and before that we had not lived on salt water.  We had never seen such a weird and beautiful creature that swam like a sting ray, by flapping its “wings,” which are called parapodia . The next day, I posted photos of the creatures on Facebook and asked my knowledgeable friends, “What is this little sea creature?” Mottled Sea Hare or Sooty Sea Hare (Aplysia fasciata) in Dinkins Bayou.   Sea hares vary in color according to the color of the algae that they eat. The answers came quickly:   sea hares, a.k.a. sea slugs.   Wildlife educator Richard Finkel replied, “Sea hares.   They come to shore in spring to deposit their eggs.” Sea hares are gastropod mollus
Post a Comment
Read more
More posts