Showing posts from June, 2020
Show all

With Liberty and Justice for All 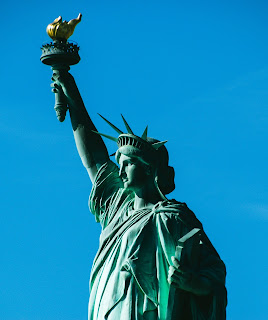 The removal of Confederate statues and memorials is nothing new.  This has been going on for decades.  According to Jane Dailey , associate professor of history at the University of Chicago, “Most of the people who were involved in erecting the monuments were not necessarily erecting a monument to the past.  But were rather, erecting them toward a white supremacist future."  A white supremacist future goes against core American values such as liberty, equal rights, and justice.   When we decide to take down these monuments and statues, relegating them often to museums, we are deciding to uphold these core American values.   We are not erasing history; we are accurately portraying who we are as a country. Statue of Liberty, photo by Matthis Volquardsen  In America, we have a strong union, unlike the sometimes seemingly tenuous union in Europe.   Our union was forged by the Civil War – the deadliest war in our history.   When we remove statues of Confederate gene
Post a Comment
Read more 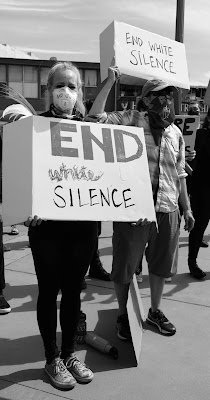 Systemic racism can be difficult to detect and destroy, because it is so insidious.  People can say things without thinking, but they say them because the words seem to make them sound like caring, concerned folks.  The words protect them from being seen as callous, compassionless people.  Good people say these things, but if they think about the meaning of the words, and apply logic and common sense, they can see what is hiding underneath those words. I was having a phone conversation with a friend along the lines of my commentary last week, “Work for white people,”   when she said that she thought black people had some work to do, too, because “most black people who are killed are killed by other black people.” Bingo!   There are some of those words covering up hidden, systemic racism. Think about it.   Most white people are killed by other white people because most people who are killed are killed by someone they know.   Why apply this statement to just one group of pe
1 comment
Read more 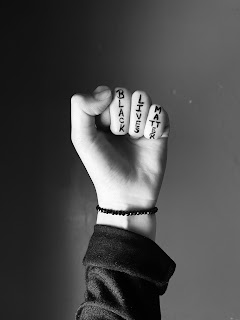 White people will have to do the heavy lifting to end institutionalized racism.  Several incidents in my life have taught me that lesson.  Here’s the story about one of those times. Photo by Jumana Khaled Dakkur Many years ago, when I began to serve on a board of a nonprofit organization that promoted historic preservation in a city in Ohio, I heard my fellow board members (all white people) voice concern about the fact that the vast majority of the membership and all of the directors of the organization did not include people of color.   My colleagues on that board were wondering if the black community did not care about historic preservation. Nonsense, I thought.   I called my friend CD who was interested in restoring and preserving a music hall/theatre that was much like Fort Myers’ McCollum Hall , only larger. (Duke Ellington had performed in both of these places.)    I knew CD because my husband and I are jazz fans, and we liked to go to a particular bar/restaurant
Post a Comment
Read more

My dad’s business was vandalized and looted in the Cincinnati riots of 1967-68, yet what concerned him was not his losses, but the injustices and racism that sparked the riots.  He empathized with the people who were suffering so much.  I don’t know if he had heard the Rev. Dr. Martin Luther King, Jr., say that the riot is the language of the unheard, [1] but my dad certainly understood that truth.  I was just an adolescent at the time, but my dad’s words and sentiment about the people who were protesting, and his valuing these people’s yearning for basic human rights and fairness made an impression on me.  I will never forget it. My dad, Winfield Wayne "Whit" White, 1923-2011 So after I listened to the audio stream of the Sanibel City Council meeting on June 2, I had to write these words in Facebook: “It troubles me that the discussion at the beginning of today's Sanibel city council meeting seemed to focus on the council members' concerns about th
Post a Comment
Read more
More posts