Showing posts from December, 2020
Show all

December 30, 2020
Lee Health, the main hospital system for Lee County, now has both the Pfizer and Moderna COVID-19 vaccines.  At this point, the vaccinations are taking place three days a week in designated rooms at Lee Health’s Gulf Coast Medical Center and the Cape Coral Hospital. "Lee Health is currently vaccinating its key workers and employees over 65," said Lee Health board member and Sanibel resident Stephen R. Brown, M.D.   "They are preparing to inoculate the general public over 65 and those with pre-existing conditions. Then the general public.   Even with the vaccines we will still need to follow current protocols. Personally, I'm excited about Johnson and Johnson vaccine which should be ready in February. " COVID-19 numbers in the Lee Health system have trended upward during this last week of 2020.   The COVID-19 positivity rate (percent of tests that are positive) for the Lee Health test collection sites has increased from 25.7% on December 21 to 32% on Decemb
Post a Comment
Read more

Vaccinations are beginning in Lee County

December 21, 2020
Good news!  Lee Health officials report that today (Monday, December 21) is the day they will be receiving the first shipment of Pfizer’s COVID-19 Vaccine.  “We will begin vaccinating employees as soon as possible,” writes the Lee Health Facebook page manager. Because this first supply is limited, the Lee Health system will start with vaccinating employees with the highest risk of exposure.   That includes those who work in the emergency department, intensive care, COVID-19 units, respiratory therapy, and the COVID-19 test collection sites. These Lee Health employees will go to one of two locations, Gulf Coast Medical Center or Cape Coral Hospital, to receive the vaccine.   Although vaccinations are just starting in Lee County, over 32,700 vaccines have been administered in the state of Florida as of today, according to the Johns Hopkins Coronavirus Resource Center. In a December 15 update sent to hospital board members, Lee Health CEO Dr. Larry Antonucci wrote, “I assure you tha
Post a Comment
Read more

COVID and the Sanibel Community

December 21, 2020
December 15, 2020 The number of COVID cases posted on the City of Sanibel web site is meaningless, because it includes only people who reside in Sanibel.   Our community is so much more than just the people who live on Sanibel. For all Lee County residents, Sanibel is their jewel of a sanctuary island, a place they can visit and treasure.   Those people are also a part of the Sanibel community. The people who work in Sanibel businesses and non-profits for the most part live on the mainland.   Still, they are a part of our Sanibel community. The people who come to work on building, repairing, or enhancing our built environment and landscapes are also an important part of our community.   Most of them, too, live off island. And of course, Sanibel visitors are a significant number of those present on the island every day, especially in late Fall through early Spring.   They are part of the Sanibel community, too.   To protect our greater Sanibel community, our city council pass
Post a Comment
Read more

In the Days of Roger and Lucia 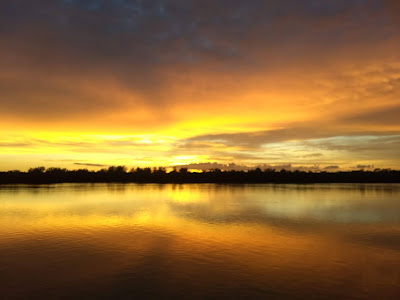 When Roger and Lucia Wilcox would come to their winter home on Sanibel Island in the 1950s and 1960s, they led a relatively quiet life.  People on Sanibel were aware that the couple was well-known in the East Hampton, New York, artists’ world, where they often entertained and organized events.  In Long Island, their names were frequently in the newspapers.  But Sanibel people respected their privacy. Lucia Anavi was born in Beirut in 1902.   Her mother was French, and her father was Lebanese.    Early in life, she started to become a gifted painter, sculptor, and cook.   So at age 14, she left home to live in Paris. There she became a part of a legendary group of artists, including Piet Mondrian, Picasso, Marc Chagall, Carlos Montoya, Max and Jimmy Ernst, and many more.   Some of them encouraged her to go to night school, so she enrolled in the Académie Ronsard. In 1938, she and her partner at the time, Fernand Leger, left Paris for New York at the urging of arts patrons Gerald a
Post a Comment
Read more

A Big Job in a Small Town