May 25, 2015
May 25, 2015 -- Sanibel Island is loaded with visitors on this Memorial Day weekend.  Bailey's grocery was busy on Sunday after church.  Many customers spoke Spanish.  A dozen or so sported tattoos all over their arms and even some necks.

The bicycles on the shared use paths are ridden by people of all shapes, sizes, colors, and ages.  On the average, visitors on Memorial Day weekend are younger than wintertime snowbirds and visitors. At this time of year, the assortment of people on Sanibel looks a little more like the rest of the state.

After all, this is the time of year when Floridians visit Sanibel.  Times are better; gas prices are lower. Unemployment in Florida is dipping below 5 percent.  Working people are opting to take a mini-vacation to Sanibel Island, a dream spot for Floridians.

They come to bicycle, to fish, to enjoy the beach.  The weather is not too hot for them; they're used to it.  In fact, at this time of year, the high temperatures on a barrier island like Sanibel are a few degrees lower than the high temperatures on the mainland.  This is the time when Floridians head for the beach.  They just don't go there in the winter.  The Gulf water in the winter is too darned cold for a Floridan. 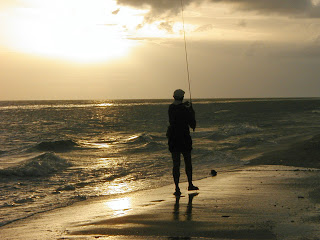 On Friday, I drove over to the mainland for a routine doctor's appointment.  There I noticed another change due to the improved economy, and to the improving availability of health care insurance. Those working people with the tattoos and all the muscles were crowded into the waiting room, with their young families in tow. The diversity in that waiting room was like nothing I've ever seen before -- well, not in this area.  Columbus is another story . . . .

I like this diversity and these times.  It is so much better than the heartbreaking times when the working folks of Florida were losing their jobs, could not afford a weekend on Sanibel, and could not afford to go to the doctor's office.  These are happier times.  May they get even better.  Let the good times roll!
Bailey's General Store Barbara Joy Cooley Sanibel Island